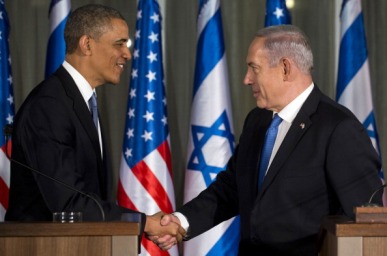 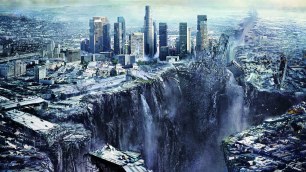 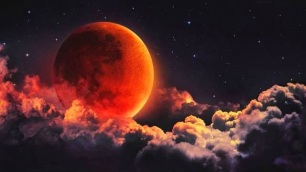 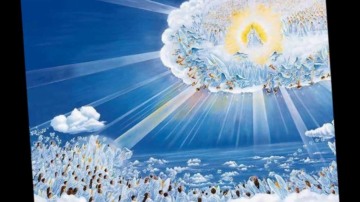 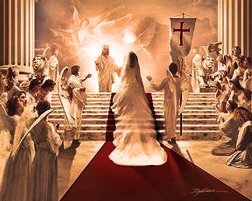 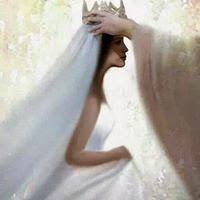 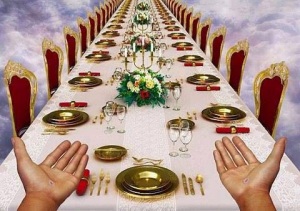 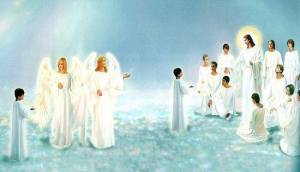 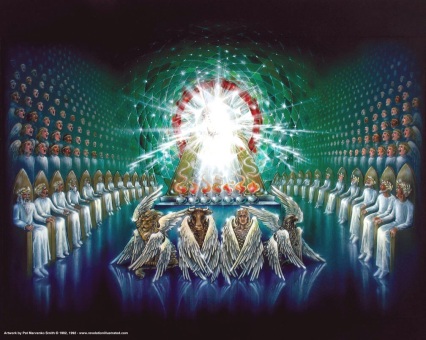 “My son, listen to My Voice. In the coming days, the Prime Minister of Israel will sign the false peace agreement with the Palestinians. This will trigger a series of catastrophic events, for I will punish those who seek to divide My Land, which I have given to the nation of Israel. Pray for those who will perish in the coming attacks on Israel, for I will remove My Hand of protection over My people, since they have forsaken Me. The Time of Jacob’s Trouble draws near, as the time of the fullness of the Gentiles is at hand. My Son’s Bride will remain as I shake the earth in My righteous anger and cause great darkness to fall upon your world. The great global earthquake will be quickly followed by the coming of darkness and all of mankind will be visited by the Father and the Son. No one will see the light of day, unless they have the Light of Christ in them. The Bride of My Son will be transformed and translated to a place of safety, where they will be trained for the specific tasks I and My Son have appointed for each person to do. Know this, My children, I have not appointed My Son’s beloved Bride to suffer My Wrath upon this sinful world, and she will be taken up to My Heavenlies at the end of the Great Harvest of Souls. The Man of Lawlessness will be revealed during the time of the Great Harvest, as he and the fallen ones strive to deceive many who do not know Me and My Son. They will compete with the Bride for the souls of multitudes. The son of Satan will then confirm the false peace covenant with many, as it is written by My prophet, Daniel, in My Holy Scriptures. Know that this event will mark the beginning of the 70th week of Israel’s chastisement as prophesied by Daniel.

The Bride of Christ will be taken up before the Great Tribulation Judgments begin in earnest, as I withdraw My Holy Spirit from the world. This will be the first Rapture of My saints from the earth, for the Bride of My Son, Yeshua HaMashiach, represent the first fruits of the redemption of those whose names are written in the Book of Life. This is the First Resurrection, My children. Make every effort to enter into the heavenly rest I have prepared for you through My Beloved Son, for He is your eternal Peace. Let no one deceive you that the Rapture of the Bride has taken place, for it will not happen until the Man of Lawlessness is revealed to the world. Search My Holy Scriptures and you will find it written as such. I, Alone, know the day and the hour of My Son’s Coming, for it is Mine to ordain. Make yourselves ready now, My blessed children, for I will soon command My holy angel to sound the heavenly shofar and bring in the first harvest of souls in the Rapture of the Bride of Christ. Your Saviour awaits you as a Groom who anxiously awaits the arrival of His Bride. Can you hear His Heart beating His Love for you, dear ones? Blessed are those who make every effort to be ready for the Wedding Feast of My Beloved Son!”

24 “Seventy weeks are determined
For your people and for your holy city,
To finish the transgression,
To make an end of sins,
To make reconciliation for iniquity,
To bring in everlasting righteousness,
To seal up vision and prophecy,
And to anoint the Most Holy.
25 “Know therefore and understand,
That from the going forth of the command
To restore and build Jerusalem
Until Messiah the Prince,
There shall be seven weeks and sixty-two weeks;
The street shall be built again, and the wall,
Even in troublesome times.
26 “And after the sixty-two weeks
Messiah shall be cut off, but not for Himself;
And the people of the prince who is to come
Shall destroy the city and the sanctuary.
The end of it shall be with a flood,
And till the end of the war desolations are determined.
27 Then he shall confirm a covenant with many for one week;
But in the middle of the week
He shall bring an end to sacrifice and offering.
And on the wing of abominations shall be one who makes desolate,
Even until the consummation, which is determined,
Is poured out on the desolate.”

Amos 2:4
Thus says the LORD, “For three transgressions of Judah and for four I will not revoke its punishment, Because they rejected the law of the LORD And have not kept His statutes; Their lies also have led them astray, Those after which their fathers walked.
Luke 13:34 “O Jerusalem, Jerusalem, the city that kills the prophets and stones those sent to her! How often I wanted to gather your children together, just as a hen gathers her brood under her wings, and you would not have it!”
Luke 10:20 “Nevertheless do not rejoice in this, that the spirits are subject to you, but rejoice that your names are recorded in heaven.”

Acts 17:11 (NIV)
Now the Berean Jews were of more noble character than those in Thessalonica, for they received the message with great eagerness and examined the Scriptures every day to see if what Paul said was true.

Romans 11:25
For I do not want you, brethren, to be uninformed of this mystery—so that you will not be wise in your own estimation—that a partial hardening has happened to Israel until the fullness of the Gentiles has come in;

Ephesians 2:14a (NLT)
For Christ himself has brought peace to us.

Hebrews 4:9-11
9 So there remains a Sabbath rest for the people of God. 10 For the one who has entered His rest has himself also rested from his works, as God did from His. 11 Therefore let us be diligent to enter that rest, so that no one will fall, through following the same example of disobedience.

1 Thessalonians 4:16-17
16 For the Lord Himself will descend from heaven with a shout, with the voice of the archangel and with the trumpet of God, and the dead in Christ will rise first. 17 Then we who are alive and remain will be caught up together with them in the clouds to meet the Lord in the air, and so we shall always be with the Lord.

1 Thessalonians 5:9
For God has not destined us for wrath, but for obtaining salvation through our Lord Jesus Christ,

2 Thessalonians 2:1-12
1 Now we request you, brethren, with regard to the coming of our Lord Jesus Christ and our gathering together to Him, 2 that you not be quickly shaken from your composure or be disturbed either by a spirit or a message or a letter as if from us, to the effect that the day of the Lord has come. 3 Let no one in any way deceive you, for it will not come unless the apostasy comes first, and the man of lawlessness is revealed, the son of destruction, 4 who opposes and exalts himself above every so-called god or object of worship, so that he takes his seat in the temple of God, displaying himself as being God. 5 Do you not remember that while I was still with you, I was telling you these things? 6 And you know what restrains him now, so that in his time he will be revealed. 7 For the mystery of lawlessness is already at work; only he who now restrains will do so until he is taken out of the way. 8 Then that lawless one will be revealed whom the Lord will slay with the breath of His mouth and bring to an end by the appearance of His coming; 9 that is, the one whose coming is in accord with the activity of Satan, with all power and signs and false wonders, 10 and with all the deception of wickedness for those who perish, because they did not receive the love of the truth so as to be saved. 11 For this reason God will send upon them a deluding influence so that they will believe what is false, 12 in order that they all may be judged who did not believe the truth, but took pleasure in wickedness.

Revelation 14:4b-5 These are the ones who follow the Lamb wherever He goes. These have been purchased from among men as first fruits to God and to the Lamb. 5 And no lie was found in their mouth; they are blameless.

Revelation 19:7-9
7 “Let us rejoice and be glad and give the glory to Him, for the marriage of the Lamb has come and His bride has made herself ready.” 8 It was given to her to clothe herself in fine linen, bright and clean; for the fine linen is the righteous acts of the saints.*
9 Then he said to me, “Write, ‘Blessed are those who are invited to the marriage supper of the Lamb.’” And he said to me, “These are true words of God.”

Revelation 20:6, 15 (NLT)
6 Blessed and holy are those who share in the first resurrection. For them the second death holds no power, but they will be priests of God and of Christ and will reign with him a thousand years.
15 And anyone whose name was not found recorded in the Book of Life was thrown into the lake of fire.

The biggest clarification in my understanding is this- there will be a time-lag between the signing of the peace agreement and the confirmation of the same agreement by the man of lawlessness when he is finally revealed to the world.

I believe Daniel 9:27 describes the latter event, and not the former, different from what most end-time bible scholars have held. God has already told many of us who the son of perdition is, but the world does not yet know him as such.